97% of women have been sexually harassed at some point in their lives, and the figure extends beyond this. Dating apps and social media are only making this worse.

“I’ve been contacted lots of times lol. I’ve been added to sex group chats, had random people in my dms/requesting me” said an 18-year-old female. “For a period of time in year 9, I was getting inappropriate pictures pretty much every day, and people asking for nudes but that more happens when you know someone.”

I spoke to 50 teenagers, and 80% of them shared with me that they had been inappropriately contacted by a stranger at least once. Worryingly, when I asked them some further information about their experiences, many of their responses were noticeably similar.

“I was asked to send nudes and then was sent a dick pic”.

“grown men have tried contacting me and asking for inappropriate things and I have seen a lot of disturbing things on social media”.

“I’ve been added to group chats, asked to show things. They told me to kms.”

Since the launch of the first social media platforms in the early 2000s, the number of internet users worldwide has risen from 413 million in 2000, to 4.66 billion in 2021. The internet and social media apps are used constantly every day and there is never a moment where the world is offline. Many social media platforms are used by young people, particularly apps such as Snapchat, Instagram, YouTube, and TikTok. Out of these four apps, TikTok is one of the most commonly used platforms by young people, with 689 million users worldwide.

Whilst social media can be entertaining, engaging, and exciting, it can also be a vastly negative platform that’s full of dangers. Too many young people using these platforms have experienced negative and dangerous situations, that nobody should have to go through.

Around 43% of people, mainly females, have been sent at least one unwanted nude picture, with only 13% of people admitting to sending these pictures. Receiving these can have a lot of damaging effects on young people’s mental health, causing them to feel a range of different emotions. Sending indecent pictures of yourself to strangers is never okay, many young people have felt shocked, confused, and angry after receiving these pictures. Sadly, so many teenagers have received inappropriate messages, and not enough is being done by social media companies to stop this.

” A concerning number of teenagers have experienced serious issues whilst using dating apps such as Yubo, and there have been many situations where these have unfortunately spiralled out of control.”

Whilst speaking with 18-year-old Freya, she shared her experience with sexual harassment.

“When I was about 14, something happened that changed me. I was a victim of sexual assault. Whilst I was immensely lucky not to be raped, what happened in those few days still haunts me today.”

“This boy had been completely obsessed with me for a while”, she explains. “He was stalking me, constantly coming up to me in corridors at school and sending me endless messages expressing his love & sexual feelings for me.”

Unfortunately, these feelings quickly escalated, and the boy began trying to make his move, physically, in person.

After visiting the fair one evening with her friends, the boy offered to walk her home. Not wanting to be alone with him, she politely declined but unfortunately was forced and pressurised into it by him.

“The whole time he walked with me and grabbed my hand, and I was unable to let go, even just to scratch my face. I was being forced into it and I couldn’t escape.”

Luckily, she managed to get home “safely”. However, she explained that the next day physically and mentally broke her. Whilst she was walking home from school, she found that this boy was right behind her, and she later learned that she was being followed by him onto her estate.

“He walked right on to my estate and started kissing me, touching me, in public in broad daylight as he pushed me back into a bush. He wouldn’t stop. I pushed him away with difficulty and struggled, running home, petrified.”

Ever since her assault, the boy has tried to gain contact multiple times, with both herself and her friends. “A couple of years ago, he tried messaging me, it made me feel physically sick as he never understood what he did wrong. I eventually blocked him, but it was difficult, really difficult. Even a few words or memories can bring these awful events flooding back in seconds.”

Social media isn’t the only feature that’s popular on the internet with young people- many dating apps are too. Understandably, young people want to form relationships, with so many posts and videos of couples published on their followers’ social media feed and the feeling of loneliness that many teenagers experience.

Launched in 2015, Yubo is a social networking app, designed to help people “make new friends” and create a sense of community. The app is targeted at teenagers and young adults between the ages of 13-25 and has over 15 million users. Yubo is widely used for forming relationships and allows users to swipe left or right to chat, connect, and meet new people. The app also allows users to connect with others based on their location, likes, and interests. However, over the years, there have been rising concerns about the dangers of the app, with many people describing it as the new “Tinder for teens”.

In 2018, an article was written by North Wales Live, discussing some of the concerns and worries that parents and experts held. It was feared that the app was being exploited by sex offenders to contact a large number of young people, some children being as young as 10 years old. Due to the growing concern, parents were advised to speak to their children about the dangers of the app, police were making schools aware of the app, and NSPCC, the UK’s leading children’s charity, even issued a warning.

A concerning number of teenagers have experienced serious issues whilst using dating apps such as Yubo, and there have been many situations where these have unfortunately spiralled out of control.

Recently, many social media apps have been upgrading their policies and tightening their security to try and make their platform a safer and better place. In March 2021, Facebook first announced that they were considering launching a version of Instagram that is suitable for children to use. The announcement came two days after Instagram said they needed to do more to protect their younger users from adults who potentially pose a risk to their safety.

Currently, Instagram requires everyone to be at least 13 years old when they are signing up for the platform. However, Instagram admitted that although people were asked to enter their age when creating an account, there was no way to prevent people from lying about it.

If the app were launched, there would be many additional safety features from the original app added to ensure the safety of children. These plans would include features that would prevent adults from messaging anyone under the age of 18 unless they were to follow them and safety notices for teenagers who are messaged by an adult sending numerous friend requests to under 18s. Teenagers would also be encouraged by the app to set their profile to private and only follow and accept follow requests from people that they know.

Despite Instagram’s efforts to try and make the platform safer, a group of public health advocates from around the world are demanding for the plans to be scrapped by Facebook. A letter, written by CCFE (Campaign for a Commercial-free Childhood), was addressed to Mark Zuckerberg, the chief executive officer of Facebook. The letter, which was signed by 99 groups and individuals, claims that the platform is dangerous for children’s mental wellbeing, safety, and privacy.

“Children and teens (especially young girls) have learned to associate overly sexualized, highly edited photos of themselves with more attention on the platform and popularity among their peers.” – CCFE.

Social media is constantly expanding and is increasing pressure on young people more and more every year. It’s well known by everybody that it has taken over our lives and we’re living in digital moments, not real ones. The internet is no longer a place that is considered to be safe for young people. There are too many dangers, not enough rules and too many young people are suffering.

Following on from this article is brand new and thrilling podcast, Infinity. Join hosts Zoe and Lucie for their first episode as they dive a little deeper into the world of social media, particularly for teenage girls. From dating apps, their own experiences with online grooming to the popular app TikTok, there’s a topic for everyone to discuss. https://soundcloud.com/zoe-barnett-200701869/infinity-social-media-dating-apps-teenage-girls 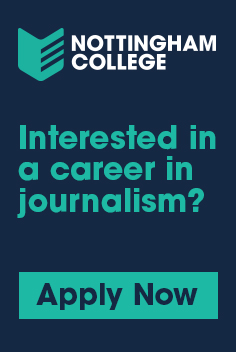