Breast or bottle? Either way, you can face criticism. One mum’s new café aims to create a safe public space for all parents, however they choose to feed their baby.

When it comes to feeding your baby, women can often feel like they are caught between a rock and a hard place. Whether they choose to breast or bottle feed, women may experience judgement from society regardless of their decision.

However, one lady in Nottinghamshire is trying to change this situation. Sharon Smith, aged 34, recently opened The Blossom Tree in Keyworth, which describes itself as “a curiosity inspired baby café” – and guarantees a judgement-free space, however you choose to feed your baby.

For breastfeeding mothers, The Blossom Tree provides a safe and welcoming environment, also offering support if required. But Sharon also understands that breastfeeding isn’t necessarily for everyone, as she found herself when raising her own children.

Sharon talks about her own experiences as a new mother and how she felt pressured into breastfeeding, it being the only option discussed with her. “Bottle feeding wasn’t spoken to me about at all, how to bottle feed, when to bottle feed. I wasn’t really told what would happen if breastfeeding didn’t work for me, which it didn’t, and yeah, I think there is an awful lot of pressure that doesn’t need to be there for people that are breastfeeding”.

As well as being breast and bottle feeding friendly, the café also offers a variety of different classes and workshops. This includes sensory workshops, pamper afternoons, zumbini, yoga and visits and talks from various different companies covering topics such as parenting advice, mini first aid training and breastfeeding care and advice.

However you view breastfeeding mothers in public, the anxiety and fear many women experience on a daily basis around this topic is shocking. Despite the law clearly stating that women are entitled to breastfeed in any public place, according to research, Nottingham is one of the least welcoming cities in England for breastfeeding mothers. Many women have reported bad experiences, such as being asked to leave places or being bullied through social media.

Furthermore, research suggests that many women who don’t choose or are unable to breastfeed also face a lot of hate and anger from society, with women reporting that they feel “judged and unworthy”. So is there too much pressure on women to breastfeed these days?

The café opened its doors on the 11th September 2019 and has already attracted lots of customers, with its popularity growing particularly fast amongst mothers. “We’ve had really, really lovely feedback so far”, Sharon says. “Everyone has been so kind. One lady even thanked me for opening the café in her village”.

Sharon has always worked in childcare, previously working in and managing private day nurseries. After having her own children, she retrained to do baby massage and baby yoga. However, working with mothers and young children on a daily basis, she became increasingly aware of a problem.

“It was very clear that there wasn’t really anywhere where mums could go and meet each other”, she explains. “If they did find anywhere big enough, the children were always confined to either their pushchair or their highchair. I wanted to combine my nursery nurse and baby massage background together and create a café where mums could come, and children could play with materials around them and be safe and free”.

New parents living in rural areas are more likely to have fewer child-friendly options available to them, and may even experience some social isolation. Sharon herself would have liked to visit a café similar to The Blossom Tree when her children were younger. When she was a new mother, she didn’t really know anyone else with babies. “It was all brand new and having somewhere which was a safe haven would have helped”.

Sharon describes the café as “helping mothers to support mothers”. “I just want to keep trying and learning within this first year, what we can change, what we can build, what we can do and just to support as many people as we can and who knows, maybe another one in the future”. 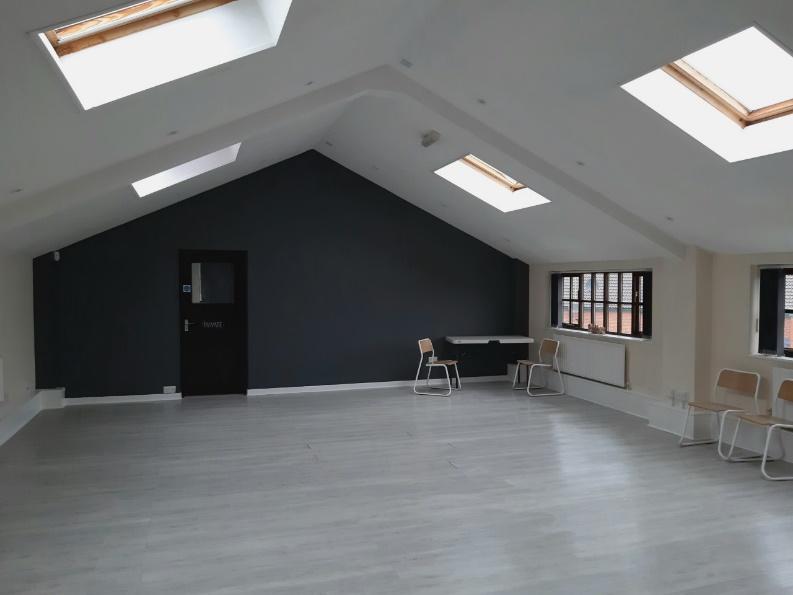